What can 10 of the top-earning bloggers in 2020 teach us about how to make money by blogging, and what do their stories tell us about the current trends of top-ranking blogs?

Recently, blogging has branched into lots of variants, ranging from traditional, proprietary blogs (like the one you are reading), to blogging on third-party platforms such as Medium and LinkedIn Pulse, and micro-blogging in social media captions. There has been a further bifurcation of the blogging industry into bloggers and social media influencers. A lot of people who may once have become bloggers, are pursuing careers as influencers instead.

These trends have brought new commercial and creative opportunities for independent online content creators. The downside is that blogging has become harder to define, and therefore harder to report on as an industry. This effect has been so pronounced that use of the term ‘blogging’ itself seems to be waning. According to Google Trends, global search volume around ‘blogging’ and related keywords reached its lowest level on record in June 2019, and has been close to flat since then.

One of the upshots of these trends is that it is no longer easy to get estimates on bloggers’ earnings from a reputable source, as titles like Forbes have refocused on trending topics like Instagrammers and YouTubers. We might have taken this as our cue to stop analysing the performance of top paid bloggers. However, we’ve been keeping track of the careers of the bloggers included in last year’s list, we still believe there’s a lot to say about their high-earning blogs. Let’s take a good look at each leading blog’s status in 2020, and see what lessons we can take away about the state of blogging.

The earnings figures given with each blogger are best-available estimates of annual earnings from Owler, given in U.S. dollars.

Huffington stayed on as Editor-in-Chief at The Huffington Post until 2016, when she moved on to her current day job as CEO of Thrive Global, a blog and training provider devoted to corporate wellness. (She’s also a board member at brands including Uber and Onex.)

HuffPost has an estimated annual revenue of $500 million, which places it in the big leagues by most traditional newspapers’ standards, let alone relative to other blogs.

A key factor in HuffPost’s success has been its scattergun approach to digital content production and distribution. The platform has typically posted from 600 to 1,000 articles per day, of which anywhere from 10 to 100 have gone viral.

Blogs have always lived or died by their ability to attract readers, and HuffPost excelled on that score with just the right strategy at just the right time. It is not clear whether a similar strategy implemented in 2020 would enable a blog to grow to the same extent as HuffPost, as changes to search engine algorithms have increased the quality of content typically needed to get a high number of views via organic search.

Engadget covers a range of tech topics, from smartphone games and robotics to search engines and wearables. The blog was founded in 2004 by Peter Rojas, a former Gizmodo editor. Rojas left Engadget in 2008, and has since refocused on venture capitalism. Much like the Huffington Post, Engadget was acquired by AOL in 2011, and is now owned by Verizon Media.

Engadget’s estimated annual revenue of $47.5 million places it towards the top of the tech media league table.

Affiliate links contained within product reviews are an extensively implemented monetisation option for Engadget. The links are included as a CTA button labelled “Buy now”, which is contained in a static header.

Notice how much prominence is given to affiliate-revenue-generating product reviews in Engadget’s main navigation. This is a blog which has learned what works best for itself commercially, and has really pushed ahead with that approach. Whether your blog targets affiliate commissions or other revenue sources, a great lesson to take away from Engadget is that giving prevalence to revenue-driving elements in your blog design can pay off.

Moz is an SEO community and service provider with an offering that includes SEO software, conferences, and a large-scale digital publishing operation.

Headed up by a highly influential blog, Moz’s content is more than just content marketing – it’s one of the leading publications in the field of search marketing.

Popular features of Moz’s blogging include case studies, industry reports, and ‘Whiteboard Friday’, an educational vlog series formerly presented by Rand Fishkin, the company’s founder. Fishkin, who still presents Whiteboard Friday vlogs every now and then, moved on to a new venture, an audience intelligence provider called SparkToro, in 2018.

Blogging isn’t Moz’s core product. However, we feel it’s right to include Moz in our highest-earning bloggers list, as the brand’s blog is among the most popular and influential publications in digital marketing. Further, Moz’s digital publishing is a key lead generator for the company, helping drive its $44.9m annual earnings.

Moz has shown how a brand can sell products and services by making blogging a key part of its offering. Rather than bolting a blog onto its site and posting articles there occasionally; this brand has established one of the very best blogs in its industry. Thanks largely to its blogging, Moz has become a destination and focal point for the SEO community.

Since 2005, Perez Hilton has written stories on stars such as Lady Gaga, Johnny Depp and Miley Cyrus, all the while embedding himself, personally, into celebrity culture. Popular features of the PerezHilton blog include gossip stories, photo galleries and quizzes. Overall, the blog’s content is similar to that of a traditional celebrity/gossip magazine, such as Closer or Heat.

One of the PerezHilton blog’s greatest strengths is its effective use of the celebrities who drive engagement with the blog’s content. Famous names and famous faces are given the spotlight, through category headings for specific celebs and heavy use of paparazzi and red carpet photos. This shows a clear understanding of what makes the blog compelling – which is something every blogger needs to figure out about their own blog.

Copyblogger is a blog about blogging (and other forms of content writing). It has been described as “the most influential content marketing blog in the world”. Core features of the blog include writing tips, analysis of new developments in content marketing, and podcast episodes.

Given the fact Copyblogger is a blog about copywriting, it faces serious pressure to practise what it preaches and produce good copy. Its articles tend to meet that requirement, with very clear formatting and interesting, conversational writing.

Media and tech blog Mashable was founded in 2005 by Pete Cashmore, a 19-year-old web consultant from Aberdeen.

Mashable’s output covers a vast range of topics, including tech, science and social good. One of the blog’s standout features is Amplify, a content series “devoted to raising awareness, spotlighting issues, and taking action” on racial equality issues.

Another interesting feature – this time from a monetisation standpoint – is Mashable Deals, a section of the blog which features deals, reviews, product roundups and other commercially focused content.

TechCrunch is renowned for its excellent coverage of startup news and advanced tech topics. The blog’s content focuses heavily on the dealings of tech giants such as Alphabet, Amazon, Uber and all the other usual suspects.

Between 2007 and 2015, TechCrunch ran the popular startup database Crunchbase, which is now a separate entity.

Envato Tuts+ is a vast library of tutorials, courses, guides and eBooks, delivered in blog format. It covers subject areas including coding and web design, business, photography, music and graphic design. Some Envato Tuts+ content is free-to-access, while other items are available on a subscription basis.

Envato, the company behind Tuts+, was founded by Collis Ta’eed in 2006. Its headquarters are in Melbourne, Australia.

If you’re a web developer or designer, we’re willing to bet you’ll have read an article published by Smashing Magazine. Founded in 2006, this blog has grown to become one of the leading sources of guidance and commentary covering all things web, from information architecture to website aesthetics.

A key ingredient of Smashing Magazine’s success is its memberships offering, which encourages readers to pay between $3 and $7 per month for premium features. Interestingly, the blog has a live member counter on its homepage, which strikes us as a clever way to help readers quantify the value of their financial contribution to the blog.

The second blog on our list that was founded by Peter Rojas, Gizmodo is a design, technology, science and sci-fi blog with numerous variants serving different parts of the world, including Brazil, Japan and the UK. It’s a great chronicle of geek culture, from the latest Huawei smartphone designs to fan theories on the original Star Wars trilogy. One particularly strong feature of Gizmodo US is the ‘Giz Ask’ content series, which goes to great lengths to answer science teasers such as “Could teleporting ever work?” and “Do animals practise revenge?”Shortcode 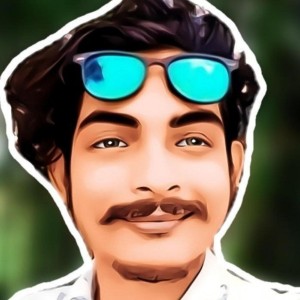 How would I get a free SSL certificate in 2022?

How can we get a free domain and hosting on Blogger?

How to make your own website for free with GitHub